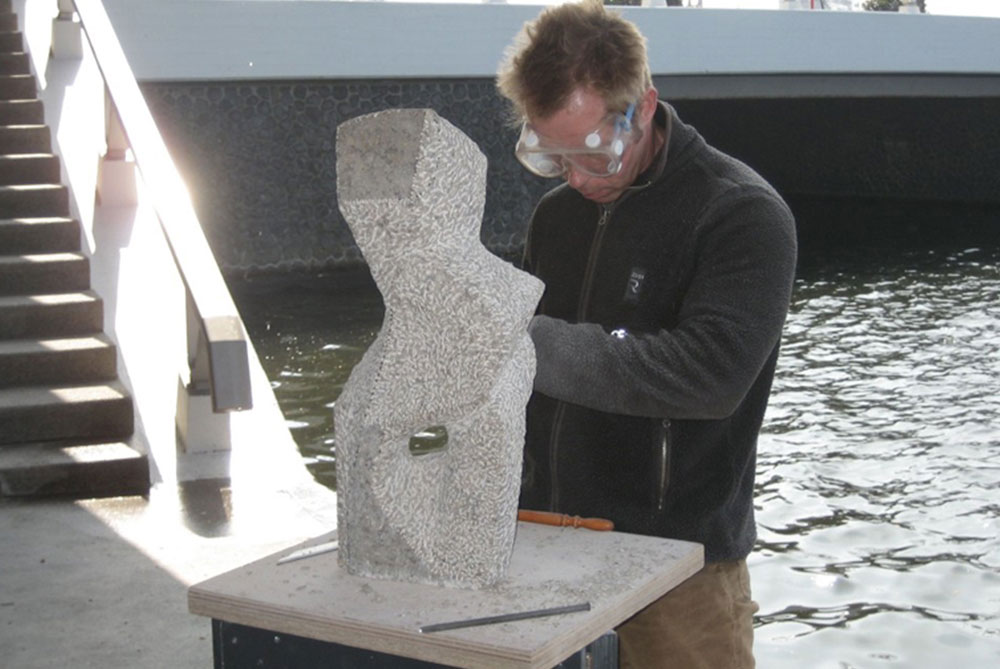 Thijs Westerbeek van Eerten (1960) has been sculpting since he was 12 years old, but only turned professional in 2004. This followed his four year training by Dutch sculptor Dirk van de Velde at the Amsterdam sculpting school ‘Onder de Bogen’.

Since then he has had four solo shows and participated in five group exhibitions in The Netherlands, Flanders and Wallonia. He has been teaching sculpting since 2012 at weekend courses in the Belgian Ardennes.

Thijs’ sculptures are mostly quite organic and abstract. They invite the viewer to touch or even caress them. He loves to bring out the beauty of the stone by simplifying shapes as much as possible with few or no details, less is more.

Some of his sculptures are carefully planned and designed, though quite often the shape ‘just appears’ naturally while he is hammering away.

He believes sculpting is a craft and should take time and effort. That is why even his pieces in marble and Belgian hard stone are entirely made by hand, without mechanical equipment.